The Longue Vue house you see today was the second home built for the Stern family on this site. The first house was moved (it still stands at the intersection of Garden Lane and Metairie Road, about 100 yards away) to make room for the current, starkly different home. A crew of donkeys spent several weeks pulling the house on logs, just a short way each day.

How this odd scene came about is as surprising as the move itself: Having built what they thought was their dream home in 1921, Edith and Edgar Stern later became convinced that this first house did not live up to the splendid gardens emerging around it, through the talents of landscape architecture visionary Ellen Biddle Shipman. While traveling through Europe and Africa in 1936 and 1937, the Sterns were struck by many house-and-garden sites they visited and came home eager to create their own, more integrated indoor-outdoor design.

Edith and Edgar first approached Shipman, at the time serving exclusively as their landscape architect, about designing the new house as well. Shipman had no experience in built architecture, however, and recommended architects William and Geoffrey Platt, the sons of her mentor. The Sterns agreed, especially once Shipman consented to do the interior design.

Though the home was designed to appear timeless, the second Longue Vue house was a 20th-century state-of-the-art engineering marvel. A residential central air conditioning system – unknown in the region at that time – allowed flexibility in ceiling height and room scale. The Platt brothers took advantage of this flexibility to customize the experience of each room, much as Shipman was able to curate a different experience in each garden space. To accommodate the air system, as well as Edgar’s love of gadgets (including a house-wide clock system), photography dark room, and wine cellar, the home has a large below-grade basement, unique in our low-lying area.

The style of the house extended to supporting structures, creating a sense of grandeur but also coherent functionality that reflects the Stern’s love of both the luxurious and the practical. Along with the colors, sounds, and scents of the gardens, the presence of these thoughtful built structures punctuating the Longue Vue grounds is an important part of the Longue Vue experience today.

Edith began to collect Modern Art in the early 1960s with her first acquisition a Wassily Kandinsky painting she hung in the Blue Room. She soon sought the guidance of her friend, artist Lillian Florsheim, and son-in-law, Thomas B. Hess, a respected art scholar, to help develop her collection.

On an art excursions to Denise Rene’s Parisian gallery, Florsheim introduced Edith to artist Victor Vasarely. The Longue Vue collection contains many works by Vasarely, a testament to the friendship that he and Edith Stern enjoyed and an indication of the personal nature of this collection. Edith’s love of art and this collection is also about the act of creating more than who created. As can be seen in the room where the work of her grandchildren hangs beside the work of more known individuals.

The collection is composed of a variety of artists working in early 20th century especially works in the Op and Kinetic styles. Among the modern artists represented here are Jaacov Agam, Jean Arp, Naum Gabo, Barbara Hepworth, Robert Michel, Pablo Picasso, Jésus Soto and Victory Vasarely. Local artist Lin Emery’s aquamobile Arabesque can be seen in the Spanish Court. As Edith’s interest in art grew so she incorporated it into her philanthropic work, becoming a trustee at the New Orleans Museum of Art. Throughout her tenure she gave funding for an auditorium and over ninety-five works of art to the museum.

Edith asked the Platts, the home’s architects, to re-design a room to help showcase her growing collection and in 1964 the original open air porch on the east side of the home was turned into the Modern Art Gallery. Black floor tiles, white silk wall covering, modern light fixtures and air conditioning were added at this time. In her later years, Edith liked to serve café brûlot in this room after dinner instead of the Drawing Room. 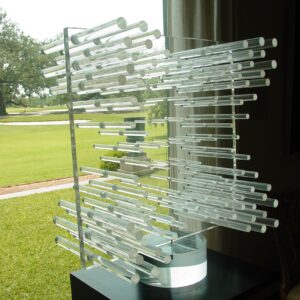 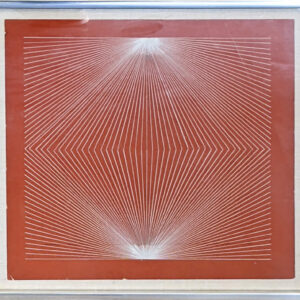 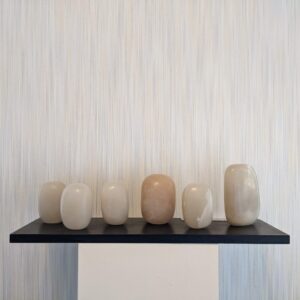 Little known and even less seen are the archival holdings of Longue Vue House and Gardens. With approximately 40,000 items, the archives are open for research by appointment with the Curatorial Department. Contact Lenora Costa by email at lcosta@longuevue.com or by phone at (504) 293-4712 to request an appointment.

The holdings fall into three categories: 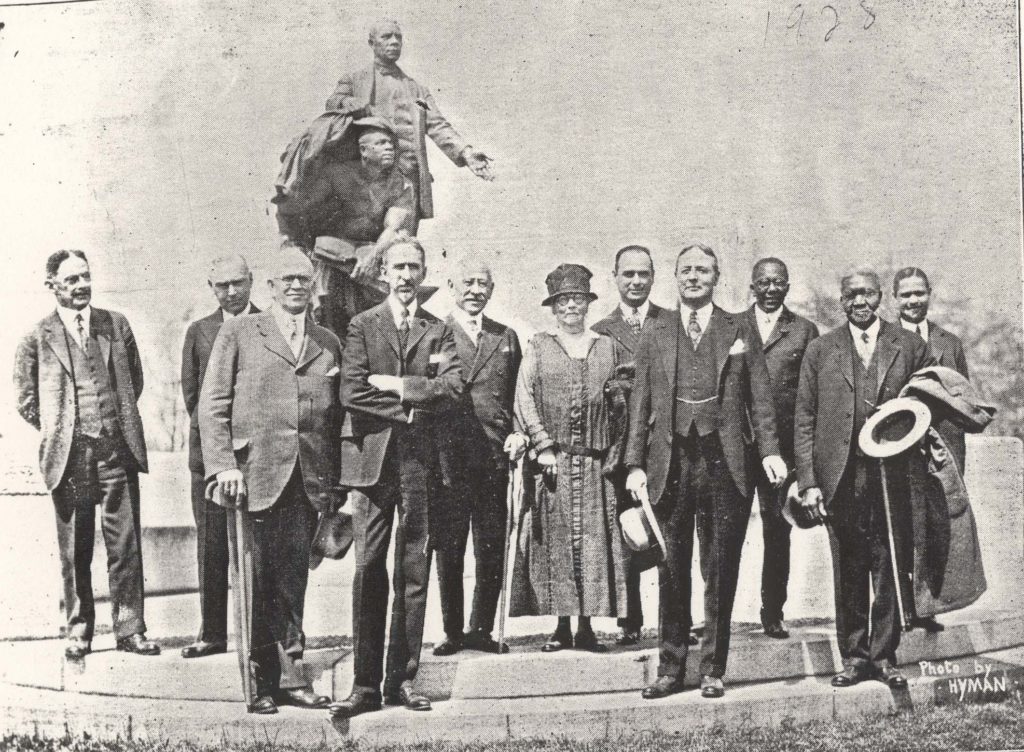 1928 Tuskegee Institute Board of Trustees.  Seen here are Longue Vue family members Edgar B. Stern (fifth from the right) and his father-in-law Julius Rosenwald (fifth from the left).