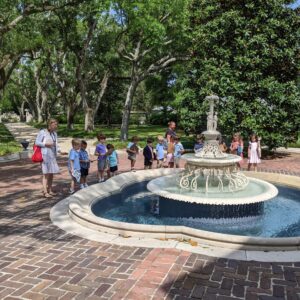 Inspired by our humanitarian and artistic legacy, Longue Vue’s mission is to be a leader in the advancement of innovative thought, creative expression, and lifelong learning, and to engage our resources and exceptional setting to stimulate discussion and action on issues of social justice and community responsibility. 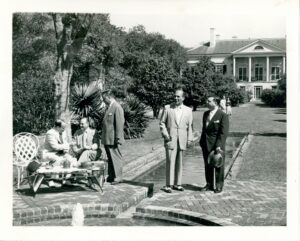 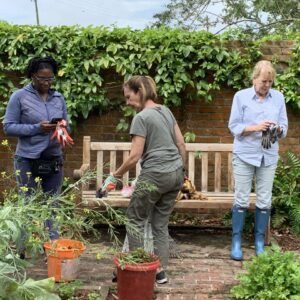 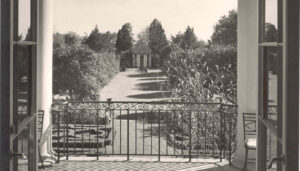 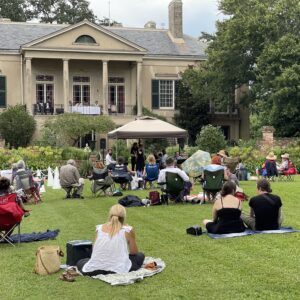 Longue Vue and the Stern-Rosenwald Legacy

Longue Vue House and Gardens is a historic museum with strong ties to the civic and cultural history of 20th-century New Orleans. Edgar Bloom Stern was a businessman from New Orleans, the son of German immigrants. Edith Rosenwald Stern was from Chicago, the daughter of renowned business guru and civic philanthropist Julius Rosenwald. The couple met in 1920, were engaged and married in 1921, and began developing the Longue Vue property on eight acres at the edge of New Orleans that same year. Here the Sterns raised their three children – Edgar Jr. (1922-2008), Audrey (1924-1974), and Philip (1926-1992); entertained celebrities and politicians from across the United States and the world; and pursued a range of civic and artistic causes. Edith and Edgar were intimately involved in the design of this unique estate, in collaboration with a creative team that included naturalist Caroline Dormon, architects William and Geoffrey Platt, and pioneering landscape architect Ellen Biddle Shipman.

In addition to the physical beauty of the estate, Longue Vue carries an extraordinary family legacy. Edith and Edgar Stern were raised with the Jewish principle of Tzedakah: As adults, they honored this heritage by and became significant civic leaders and philanthropists. They committed time and resources to numerous causes, including Dillard University, Flint-Goodrich Hospital, the Pontchartrain Park subdivision, Newcomb Nursery School, the New Orleans Museum of Art, and Metairie Park Country Day School. They also worked to advance voting rights and transparency in government. Upon Edith’s death in 1980, their private residence became a nonprofit historic house museum, open to the public.

The wide rage of causes Edith and Edgar addressed are both a gift and a challenge to those of us tasked with carrying their legacy. They addressed access to education for African-American students. They addressed equity in healthcare and housing. They sought to support free creative expression. What these topics implied in the mid-20th century and what we mean by them today are different, and we continually assess our potential for constructive participation in today’s New Orleans communities.

Edith and Edgar Stern opened their home to a wide range of thinkers, artists, and activists and enthusiastically engaged the pressing issues of their day. Today, as torchbearers of this tradition, we host programs, exhibits, and events that address this century’s pressing issues, including environmental responsibility, broad access to quality education, and most recently, public health, safety, and equity. We believe that Longue Vue is uniquely positioned to serve our community by engaging these topics in a controlled, open-air, and inspiring setting.

The Sterns worked with famed landscape architect Ellen Biddle Shipman (1866-1950) and architects William (1897-1984) and Geoffrey (1909-1985) Platt to produce an oasis of elegant beauty as their family home. The main house you can tour today was the second the Sterns built here (1939-1942). Shipman began designing Longue Vue’s present gardens in 1935 and continued until her death in 1950; today Longue Vue is the only intact Shipman landscape design that is open to the public. Edith also supported and enlisted the help of famed botanist and author Caroline Dormon due to their shared interest in native plants. Edith chose Dormon to choose plant material for Longue Vue’s Wild Garden, which is known for its extensive collection of plants indigenous to Louisiana, including its seasonal Iris Walk and Camellia Walk.

Following Edgar’s death in 1959, Edith maintained the property on her own and continued to activate it as a headquarters for garden clubs, cultural events, and political activism. She opened the gardens to the public on a regular basis beginning in 1968 and began to convert the house into an historic museum in the late 1970s. She moved into an off-site apartment to make way for public access, leaving nearly all of the original furnishings and decorative arts collection. Longue Vue opened as an independent non-profit museum in 1980, several months before Edith’s death – allowing her to realize her vision.