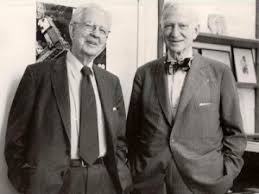 The brothers William (1897-1984) and Geoffrey (1909-1985) Platt followed in the footsteps of their father, architect Charles A. Platt. Shipman had previously worked closely with Charles Platt, and when the Sterns wished to build a new house, she suggested the Platt brothers as a good choice for the collaborative relationship for which the Sterns were searching. The home and outbuildings were designed in conjunction with the gardens to create a complementary design plan of the site as a whole. Originally begun in 1939, the Platts worked on Longue Vue throughout the Sterns’ residence. When Edith Stern began the process of changing the site from private home to public museum in the late 1970’s, it was the Platt brothers who served as architects to the project.