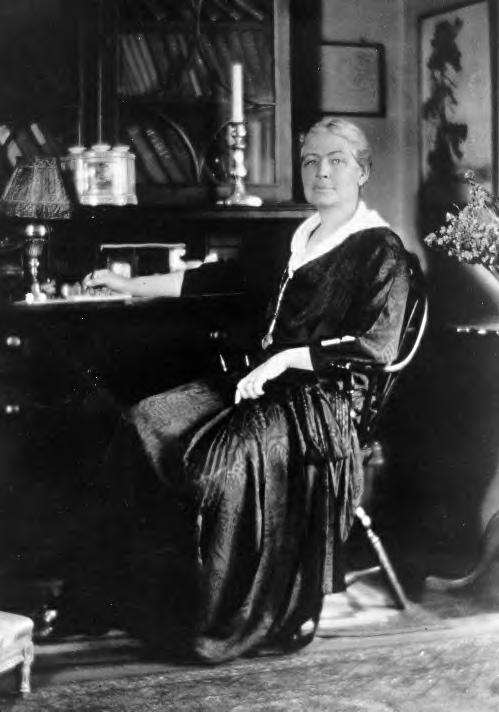 Design, greenery and privacy were the three essential characteristics of a real garden, as cited by Ellen Biddle Shipman (1869-1950) in a 1930 interview. Considered the dean of women landscape architects, Shipman designed over 600 gardens between 1914-1946, contributing significantly to a thriving gardening revival that occurred during the early twentieth century.

Longue Vue House and Gardens was designed by Shipman from 1935-1950 at the end of the Country Place Era, a movement in American landscape design which resulted in a return to country life – a direct response to the rapid urbanization of America. Design features of this time included garden rooms, terraces, tree allees, formal courts and fountains.

Shipman was known for creating axial relationships between the gardens and the home, with the gardens laid out as a series of “outdoor rooms.” To create this relational design, Shipman’s work at Longue Vue included a great deal of the architectural design of the house itself and all of the interior design. Each window of the home offers stunning garden views that create a sensation of seamlessly blended interior and exterior spaces. In the garden, she exemplified garden rooms with an ease of painterly expressive romanticism that caused her to stand out amongst her more formal contemporaries. Longue Vue still shows the remarkable influence of Shipman’s design period, which lasted until her death in 1950.